Home » Blog » The Shame of Trump Soils Us All »

The Shame of Trump Soils Us All 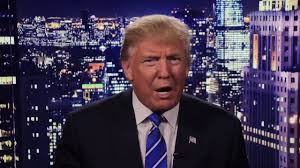 This is a self-serving egomaniac with a singular view of the world formed from his own narcissism. There is no “but Hillary” to offset his catalogue of maniacal life behaviors. He is beyond redemption and history will not be kind to his legacy. He brings shame on everyone who wants to believe in the pride of America.

Trump is so intellectually thin you wonder how he ever made a dime. Can you imagine working for this blowhard for a day? I can’t. All bluster and hyperbole. No substance of any kind. No humility. No manners. No humanity. Keep spewing, Donald. It shows us who you are. You are a nobody, which is your very worst fear. You are not important — sorry to confront you with the truth.

Every one of us is soiled by his sad, tragic, despicable, deplorable existence. He is not making America great again. He is single-handedly making a mockery of all we hold dear. He is taking us down. This is not who we are. He cannot be an emblem of anything but shame and humiliation.

It will take decades for our nation’s reputation to recover from this global embarrassment. If we want the healing to begin, we need to categorically distance ourselves from this useless monster. We can offer only a humble apology to the world for his tirades, explaining that this is an extreme of the democracy we embrace, not a reflection of the character to which we aspire.

The debates we have witnessed have not been comforting, but they have been revealing, mostly of character and preparedness. It was actually the final question of the vice-presidential debate between Tim Kaine and Mike Pence — asking how we as citizens enduring this noise can get past our immeasurable differences — that seemed to me the most telling. It is difficult to believe our nation will fully recover from the divisiveness of this campaign and the last twenty or so years of Congress in our lifetime. I don’t see big picture unity on the horizon no matter which party is in power.

Ultimately I think this bodes poorly for America a hundred or so years from now. Both sides are fully convinced the other has a catastrophic vision of the nation’s future. It is possible with that perpetual split both sides might be correct in their prediction. If we don’t fix that somehow, I wonder if it matters who holds power in the interim.

My own partisan leanings come not from a love of party but for a need for strength in numbers to stand up against oppression. I’m not a “joiner” by nature, but I am a minority and a product of immigrant culture. When I bond with others in a block vote it is to protect the social progressive agenda that I see as a moral imperative, despite the failings and manipulation of many on our side.

I don’t see Hillary Clinton as the lesser of two evils. I see her as a complex thinker who can lead no matter her flaws. I see Barack Obama as a hero who saved our nation from economic collapse and as an inspired legal scholar who thinks about justice and humanity with foresight and nuance. I am not a Democrat to be difficult. I am a Democrat because I have carefully taken stock of my values and need a voice much louder than my own to make the case for teaching tolerance and keeping hope alive.

In his own debate appearances and speaking engagements, Trump continues to demonstrate that he is largely incapable of expressing a single, coherent, on-point sentence. He rambles like a lazy school kid who won’t study before speech class. Imagine him in a cabinet meeting. Imagine him at a global summit. He is an emotional basket case, not a clear thinker. Take the word “disaster” out of his vocabulary and he becomes inarticulate. We see him pacing onstage with his back to the audience, looming like Frankenstein in a bad horror movie. We see him attack the debate moderators for doing their jobs. If this were a movie we’d have walked out on page 1 of the script.

Want to know what an unaccountable, menacing, totalitarian dictator looks and sounds like? Play back the second presidential debate and watch the man who seeks the United States presidency exhibit his version of democracy and visionary leadership.

I am ashamed that people abroad are seeing this. Will we ever regain their trust in our dream after we’ve shown them repeatedly that a signficant portion of our population considers Trump a viable commander-in-chief?

Vote in large numbers and send the global message that we abhor this lunatic.

This article originally appeared on The Good Men Project.