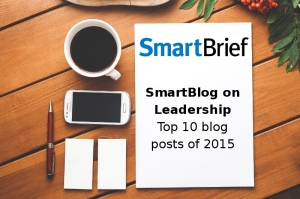 I don’t like performance reviews. I never liked giving them, and I never liked getting them. They are like school report cards, only less well-meaning and more poorly formed. They make the workplace more political, needlessly enforcing nerve-wracking centers of power. They serve a legal function much more than a creative function. They don’t make products better and they don’t serve customer needs. They are obligatory, perfunctory, dreaded time sucks for both giver and receiver, putting a check mark in an annual rite of passage that is largely ignored until the Earth completes another full orbit around the Sun.

On the other hand, I love feedback—really good, thoughtful, useful, timely, focused feedback. I love to give it and I love to get it as part of a regular routine.  No check boxes, no check marks. Feedback, sometimes known as coaching, requires relevant substance to have impact. It needs to center on step by step improvement in how an individual is doing against goals, how a team is advancing by virtue of an individual’s progress, how innovation is being served by attitudes and decisions on a daily basis, and how an individual’s achievements are translated into outcomes valued by an employer.

I don’t believe anyone can effectively coach, empower, and bolster an individual’s workplace contributions sitting down once a year and filtering a list of positive and negative attributes. The best you can hope for is polite-speak that doesn’t upset anyone too much—unless you are marching someone to the door—and the worst you can muster is demoralization that shuts down all future hope of trust and collaboration.

Here are three thumbnail cases against performance reviews that you should find terrifying.

Argument 1: Performance reviews can put off for up to a year what needs attention now

Performance reviews can be a passive-aggressive haven for managers afraid to lead in the present. You know something wrong is happening, and you know it’s going to be uncomfortable to deal with it. Rather than do the right thing and jump on a concern in real-time, you kick the can, deluding yourself into believing there is a chance the issue will sort itself out. While it’s not sorting itself out, considerable damage is being done. You tell yourself if the individual doing wrong doesn’t figure it out by the next performance review cycle, you will deal with it then. This is pain avoidance up the ladder at the cost of pain induction everywhere else. It’s not leadership. It’s cowardice.

Instead of keeping notes for the big annual summation of all that has gone wrong, how about a simple human conversation today around what is and isn’t working for an employee. Start with an easy question: “How are things going?” If you don’t like the answer, offer your own opinion. Start a dialogue. Make it specific, give-and-take, and optimistic in nature. Do not catalog a set of ills. Begin with previously discussed goals and work forward from those to observations and measurements. Instead of feeling evaluated, an employee is likely to feel directed, supported, and knowledgeable about where he or she stands.

There is no greater fear in an employee than worrying about what the boss thinks. There is no confidence greater than knowing the truth of that opinion right now, while there is still time to do something about it.

Argument 2: Performance reviews are largely clueless  on the value of failure

Imagine this scenario: You are an executive with significant profit and loss responsibility. One of your most promising managers has just led a two-year late-to-market death march on a brand extension that has launched and failed. The team that worked on this product is angry and exhausted. Boatloads of resources, including millions of dollars of investment capital, have gone up in smoke. You have lost market share, customer service complaints are up, and your own boss is pissed off.

In most corporations, you can guess the review would be harsh. There would have to be accountability for the downside, the losses, the ceding of momentum. In the event you chose not to put the manager on a “performance improvement plan” (which both you and the employee know is a scripted formality), the mandated gravitas of your critique might get you the intended outcome—the employee’s resignation. If the employee doesn’t resign, what are the real chances he or she will bounce back and give their all on the next go around? Aren’t they more likely to tread water until they find a way to navigate to a new job elsewhere?

Here’s the problem with this exit: Your employee takes all the learning from the failure directly to your competitor. You have funded the education of your competition and put yourself further behind the curve by virtue of the reprimand. You got what you wanted, except you didn’t. A performance review codifies failure “for the record” as historical documentation of the negative case, and even where it might allude to the notion that learning has occurred, there’s something about those pieces of paper in our “permanent file” that never sits quite right with us. Talk with me as colleague, make me believe you embrace “mi fracaso es su fracaso,” and together we’ll put this learning to work. Mold my upside down experiment into a tombstone and you can forever bury me and all that might someday come of it.

It’s really hard to explain to someone how they can learn from mistakes and get better at what they do. I’m not saying it’s a little hard. It is one of the hardest things any of us are ever asked to do in a job function. Each time we blow it, we never get a chance to repair the enormous damage we create on top of whatever relatively minor damage has already been done. A career is a terrible thing to waste, yours or mine. Do you really feel up to the right to objectively assess where I’ve gone off the rails?

We need to be extraordinarily careful where we entrust the authority for talent evaluation in an organization. Too often it’s the battlefield promotion—or drawing the short straw—that puts an inexperienced manager on point for filling out these crazy forms. It’s a mistake to believe you’re ready to handle this delicate task simply because of where you sit on an org chart.

Let’s try that performance review about failure again in the form of higher level feedback rather than evaluation, from someone who has been at it several decades and really wants a winning outcome. The leader entrusted with course correction can ask a single question, and then shut up for about half an hour while listening to the answer: What did you learn from this failure?

If an employee has little or nothing to say in response—if the answer you hear lacks substance or authenticity in addressing what might come next—proceed to complete the performance review. It doesn’t matter what you write on the page. Your competitor is getting nothing but a disingenuous cost center. Lucky you. Yet if you like what you hear, you have the beginnings of a rebound, because all learning is valuable in a comeback. No one knows more than an employee who has failed what went wrong and how to course correct. It’s not about a performance review. It’s about what comes next, and how you get better.

A performance review is a task, feedback is a means

There are a hundred legal reasons your company wants documented performance reviews, every one of them sensible and with precedent. Sadly not one of them has anything to do with innovation. It’s not failure if it’s learning. Not many people ever learn to think this way. Any success subsequent to a failure can pay for the failure ten times over, a hundred times over. Any lost knowledge following a failed initiative is plain old sunk cost.

I write often about employer and employee loyalty and my sense is how employees are evaluated has a lot to do with their predisposition to hanging around for next year’s evaluation. Maybe you shouldn’t wait a year to communicate something that matters so much in a format that makes Human Resources happy. Remember, most employees don’t quit jobs, they quit bosses. The really talented ones who have options are likely to despise performance reviews, but they love talking with someone who cares about what they do and how they can get better.

This article originally appeared on SmartBlog on Leadership.