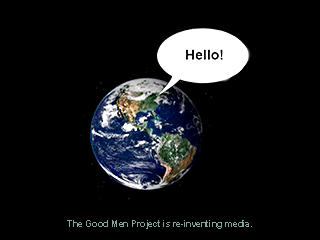 A recent piece in the Wall Street Journal got me thinking about that. It’s by Amanda Ripley, entitled: America, Meet America: Getting Past Our Toxic Partisanship (6/30/17). The author offers a powerful viewpoint on making peace with each other through interaction, in essence, the widened use of “exchange programs” like some of us experienced in high school or college. In many ways the premise is optimistic, even idealistic. People who have direct relationships with each other tend to be kinder to each other and less likely to be outright dismissive of ideological differences.

I don’t think it is impossible for us tolerate each other’s differences in the abstract. The problem I see comes with the common allocation of shared resources. When we all pool our dollars into a fund, especially when we are compelled to do so by a tax system, we are likely to have ardent disagreements about how those dollars should be used. That’s when personal philosophy becomes policy, and policy as a matter of democracy is less about consensus than it is about majority opinion. That as we know can be ugly, messy, and leave seeds of resentment, because legislative action transpires on current majorities, but policies once adopted can be difficult to unwind.

The problem with compromise is that it does not bridge values. If some people think universal healthcare is a civil right and some don’t, and we all have to pay for it, I don’t think there is a common worldview that bridges our differences. Same with a woman’s right to choose. That means we all become subject to prevailing law, like it or not, unless we wish to break the bounds of prevailing law, which inordinately few would ever consider reasonable. Again this is the sausage making of nightmares. No one stays happy for long, and bitterness has a compounding effect that is exacerbated by social media shorthand and abrupt defensiveness.

Where does that leave us? Pragmatism suggests we need coping mechanisms or we become frozen. I think that means we will find comfort in our own circles and collectives. We will begin to ignore rather than constantly confront our opponents and try to sweep hostility under the rug in tending to our lives. What it also means is that the rage is likely to fester, and while it may be convenient to leave well enough alone, it probably means lost opportunity in real unity. Does that mean the U.S will lose global leadership economically and in championing democracy? Yes, I think that’s inevitable. We can’t do big, important things together if we hate each other. We can visit each other and learn to tolerate each other, but commonality of purpose has to be built upon a majority of shared values. It has to be authentic. It can’t be feigned.

We are making this choice implicitly by agreeing that noble compromise on certain issues of shared resources is simply not honest or acceptable. We can share roads and bridges across red and blue lines until they crumble, and it will take all the statesmanship we have just to keep noncontroversial initiates functional. To think we can continue to do more than that is not terribly sensible. Thus we all lose together, which is probably the proper outcome of this dialectic.

We have been doing some work of late at The Good Men Project that is perhaps itself idealistic. Over the past six months we have expended our subscription service, also known as our premium membership program, to include telephone conference calls on difficult topics. We bring together people of varying opinions into what we call Social Interest Groups, assign a moderator, and allow people to engage across geographic, demographic, and ideological lines to learn from each other. The beta test has been so successful our staff is deploying an Indiegogo campaign to see if they can double or even triple the number of subject offerings and group leaders who are paid a nominal fee for planning the discussions and keeping them on track week to week.

I think the project is notable if for no other reason than it celebrates excellent conversation. I’ve suggested on more than one occasion to GMP CEO Lisa Hickey that I think conversation is one of the few high value products we lose over time that is remarkably difficult to commercialize. You remember good conversation, right? Oh, how we miss those long talks with friends and acquaintances about our favorite book, the reasons we go to war, and on wild tangents the meaning of life. What if those conversations could continue in our lives, with new topics and new participants, scheduled periodically for easy attendance, each episode self-contained but the connecting episodes serialized for those who have the time? We thought that might be an interesting way to bridge the divide. Maybe we are optimists at heart.

Lisa calls The Good Men Project a “participatory media company” because the content is written by the community and personal interaction within the community is what makes it distinct. We tend not to think of online commenting as the be-all and end-all of social interaction, particularly when it is anonymous. Rather we like the idea of people talking and listening about a complex subject, then thinking about it for a week and returning to talk about it some more. The participation is authentic, and while a certain amount of curation is imposed to maintain editorial standards, we are happiest when we are surprised by learning something we didn’t know before the participatory moment.

We also like to think that civility is best achieved through respect, which occurs less through the editorial funnel than it does from exemplary human behavior. Okay, so it can function as a sort of student exchange program. Maybe real dialogue is possible. Maybe inspirational conversation isn’t completely dead. I’d be going overboard if I suggested there might be a big idea here that could circumvent the festering rage that is destroying us, but hey, a good verbal chat each week certainly can’t hurt things.

The product is conversation. The value is a bit of connection and a bit of joy through sharing and compassion. I hope this experiment is a beginning. If we don’t find some way to talk to each other, the dark consequences seem as obvious as they are unavoidable.